Loons have always been a big part of my life even before I ever saw them “in the flesh”–or is it “in the feather”.

I remember when I watched the Academy Award winning film written by Ernest Thompson “On Golden Pond” It is a story of the relationship between Ethyl Thayer (played by everyone’s favorite mother, Katherine Hepburn) Norman Thayer (played by real father Henry Fonda) and his daughter Chelsea -(played by real daughter Jane Fonda)  and her boyfriend (played by her not real boyfriend Dabney Coleman) and 13 year old son (played by Doug McKeon real son to someone’s parents.)

You see, before I came to live and enjoy the New Hampshire lakes, I heard the loon’s distinctive call  in the theme music for “On Golden Pond”. The music was written by Dave Grusin, conducted by Eric Kunzel and performed by the Cincinatti Pops.

Our family had an island up in McGregor Bay, Ontario where loons were everywhere. My wonderful childhood memories include these magnificent birds.

The loon color scheme is quite simple–black and white with red eyes and blue all over (the blue is the water).

Loons are very good swimmers, using their feet to propel themselves above and under water and their wings for assistance. I have seen them swim under water right past a dock I was on. It was like a torpedo--very cool.

To watch them fly is an experience–but not as much of one watching them land.  Loons need an entire lake to take off —and only 2 feet of space to land–actually crash land. Because their feet are set far back on the body, loons are poorly adapted to moving on land. They usually avoid going onto land, except when nesting.

The larger loons have difficulty taking off from land and must swim into the wind to pick up enough velocity to get airborne. Only the Red-throated Diver can take off from land.

The beauty of these birds is not to watch them swim or fly–They can disappear under water for long distances and show anywhere after what seems far longer than we with huge lungs could hold.(I can barely hold my breath for 1 1/2 minutes) 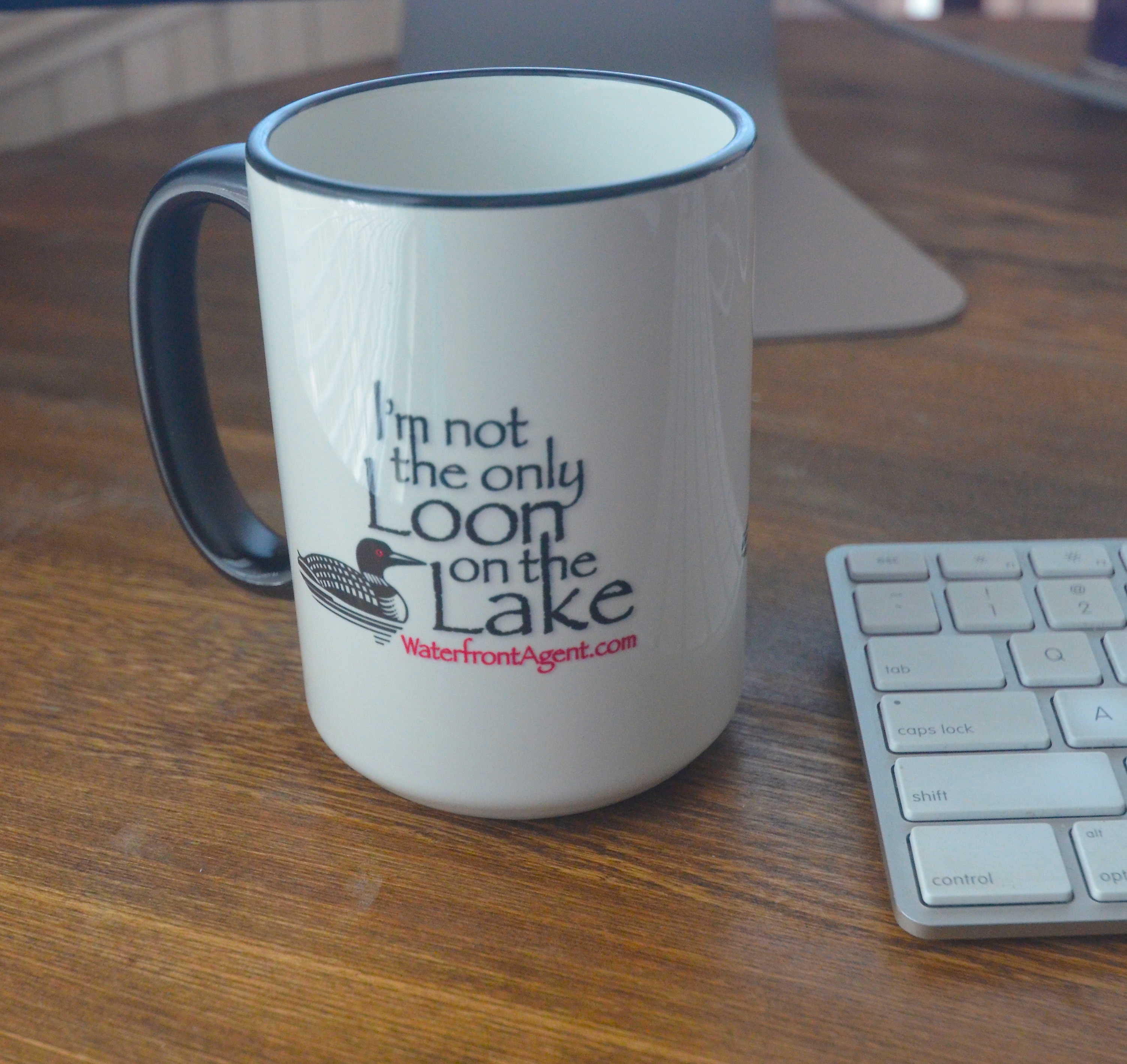