The 1981 film On Golden Pond was filmed on Squam Lake.

Squam Lake is a lake located in central New Hampshire south of the White Mountains, straddling the borders of Grafton, Carroll, and Belknap Counties. The largest town on the lake is Holderness. The lake is located northwest of much larger Lake Winnipesaukee.

It drains via a short natural channel into Little Squam Lake, and then through a dam at the head of the short Squam River into the Pemigewasset at Ashland. Covering 6,791 acres (27.5 km²)[1], Squam is the second-largest lake located entirely in New Hampshire.

Squam Lake was originally called Keeseenunknipee, which meant "the goose lake in the highlands". The white settlers that followed shortened the name to Casumpa, Kusumpy and/or Kesumpe around 1779. In the early 1800s, the lake was given another Abenaki name, Asquam, which means "water". Finally, in the early 1900s, Asquam was shortened to its present version, Squam.


Source: www.Wikipedia.com
For more on the Squam Lake Click Here 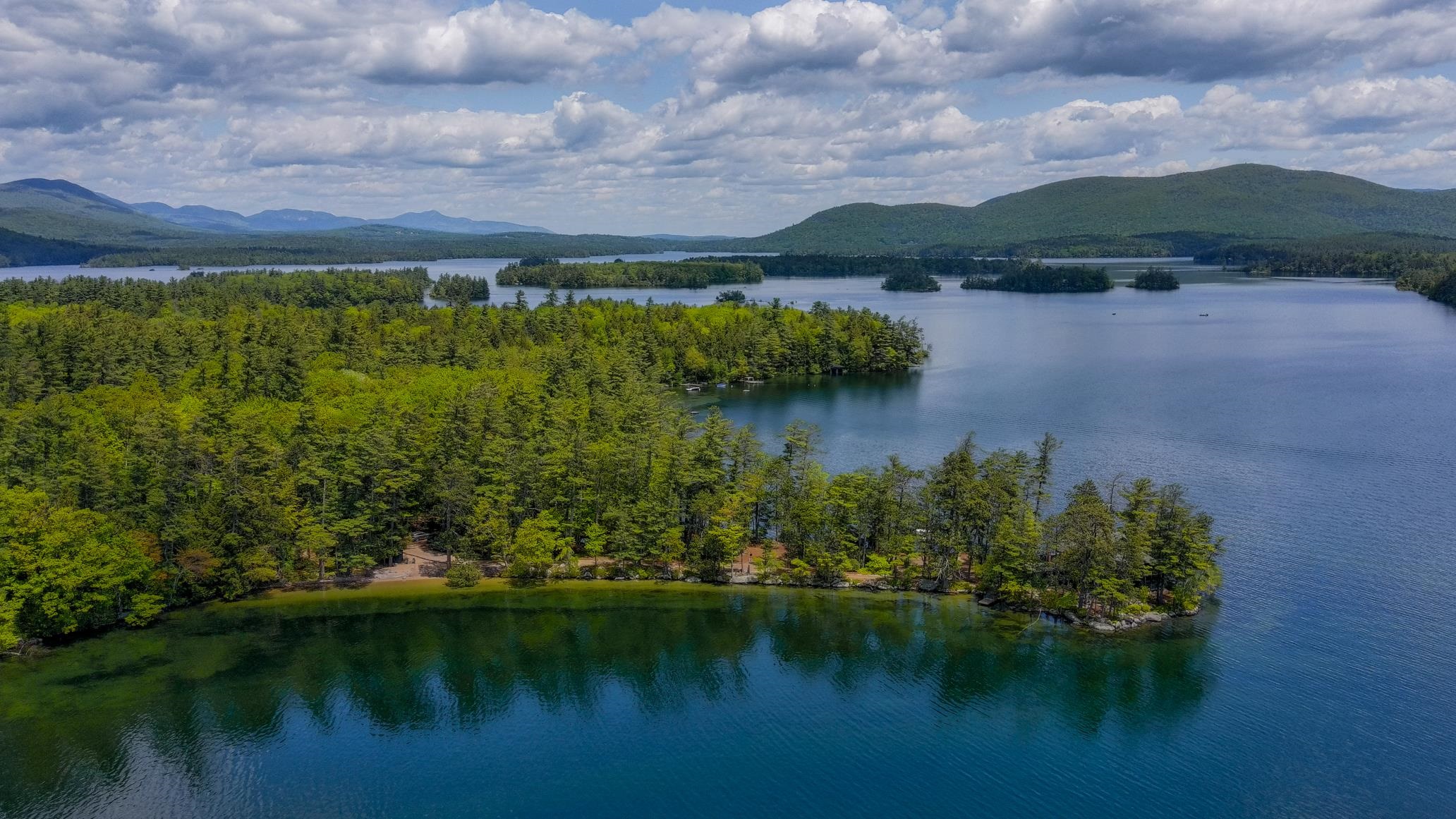 Gregg Point consists of a 4.15 acre peninsula with 1209' prime shoreline on the crystal clear waters of Squam Lake. Follow a meandering gravel drive through a pine forest onto the peninsula where sandy beaches, gentle breezes and incredible water views and mountain vistas open up on all sides. This charming compound consists of a beloved partially winterized five bedroom home on the point. First floor spaces include a country kitchen designed for a few or many. A spacious lakefront family room features a native stone fireplace and several doors opening to an inviting screen porch. There is a den and study on the first floor. Upstairs a long hall opens to five bedrooms - two with en-suite baths. The third floor features flexible bonus space. Watch majestic sunrises over 6800 acre Squam Lake from Adirondack chairs on the magnificent permanent dock with space for five to seven boats. Deep water on all sides invites carefree early morning run and jump with abandon! The dog will join you. Stow fishing gear and water toys in the dry boathouse overlooking the eastern sandy bottom bay. After lunch find a hammock to relax or head to Afternoon Beach running all along the western shoreline. The sugar sandy beaches offer easy water and swimming access for groups of all ages. Plan an adventure to your very own Perch Island, a five minute boat ride from the dock. The sweet cabin on Perch features a living room, kitchen, bath and bedroom. Create your legacy on Squam Lake!

Year round Squam Lake home in super desirable Cotton Cove! This charming Ranch style lake home has been in the same family for 30 years and is now available! Quiet and peaceful location with stunning sunsets on a flat .65 acre lot with 100 feet of owned waterfrontage. Property also includes a 28x24 detached garage with a huge unfinished space above for storage or bunk room. Lake side yard has plenty of space to spread out which takes you down to the crystal clear water and sandy bottom, great for swimming! Extra long dock to fit all your boats and toys. Home has 4 bedrooms, 1.5 baths with two living rooms. Also has a new septic system and newer roof! Bright and open kitchen/dining area looks out over the lake. Step out from the front living room and relax on your deck enjoying everything lake life has to offer. This is a fabulous location with sun all day and close to all Lakes Region amenities, restaurants and shops. Under 2 hours from Boston.

Listed by Rachel Xavier of KW Lakes and Mountains Realty/Meredith

Copyright 2022 New England Real Estate Network, Inc. All rights reserved. This information is deemed reliable, but not guaranteed. The data relating to real estate for sale on this web site comes in part from the IDX Program of NEREN. The information being provided is for consumers' personal, non-commercial use and may not be used for any purpose other than to identify prospective properties consumers may be interested in purchasing. Data last updated June 30, 2022.