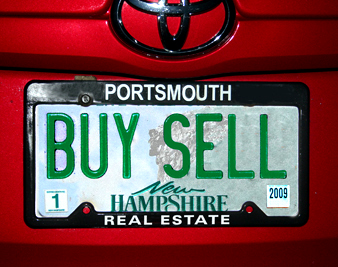 Representing your best interest without paying a dime!!!!!!*

Many buyers have the idea that going directly to the listing agent will get them a better deal.  This is not true. Commissions are determined by a contract between the seller and the listing company--not the agent. Keep in mind also that the listing agent only has a fiduciary responsibility to the seller--and anything you discuss with that agent, he has the obligation to discuss it with the seller if it is to the advantage of the seller. So for instance, if you mention you just won the lottery-or anything that talks about your financial situation--well that compromises your negotiation position.

Some buyers have the idea that since so much of the searching can be done on line--including on this site, then what more could we do. For one, I have a tremendous amount of time and money invested to make this site easy for you to find properties and to expose my seller's homes on this very successful waterfront targeted site.

Below are some of the extra things that I have done as a Buyer's Agent that benefited the buyer--even saved them from making the biggest mistake in their life, or made them the most money for their investment.

Educating Buyers made me Teachers pet.
My fourth transaction dealt with a property that I had a buyer for and discovered out not to even owned by the seller who had signed the disclosures nor was it disclosed. The agent was a top producer in a reputable company. Furthermore, the rightful owner was an elderly lady in Florida who was being hoodwinked.  A little bit of due diligence prevented unknown amounts of time and trouble and litigation, not to mention a poor seller who was being ripped off. As a result of this act of extra credit--and 4 deals from these buyers.

First Time Buyer on Structurally Challenged House and unscrupulous lender.
Another buyer could not read or write and I found out that he was being taken to the cleaners from unscrupulous lenders trying to get him to sign contracts and pay over $1000 just to check his credit. I arranged for a friend of this buyer to witness all contracts.
On top of this challenge, the house was structurally unsound and needed work in order to get financing and the seller had no money. So I arranged for the buyer who was qualified to do the work at a reduced rate, for which he was compensated as a reduction in price. It was to his best interest to do it right and the only way the house could be sold.

Saving buyer $10,000 on bad mortgage deal
Another one of my buyers had a lender she had used to secure a home equity loan to purchase a home was charging over $32,000 in points and fees and immediately found a mortgage broker who immediately saved her $10,000.

Absent Buyer with Baby on the Way
Bill was a buyer had was looking for a multiple unit and never met the buyer who lived in California, but was there at the showings with a camera taking at least 50 photos of the property to email, was then there on his cell phone during the inspection to the buyer who was in the delivery room of his wife who was about to give birth.

French Buyers and a $600,000 idea
Another buyer came from a different part of the world altogether looking for a place that could remind them of their place on Lake Geneva.  They knew nothing about New Hampshire much less the Lakes Region.
That transaction also involved knowing what to expect when dealing with the transfer of funds from France which is on a totally different mind set for "deadlines"
In negotiation of this transaction, I did a market analysis of  the property to show its real value and discussed things to do  to improve the value. The advise increased the appraisal by $600,000.

The Mr. was in Denver. The Mrs was in England. So their dream was to have a place near the ocen omewere inbetween--and to take advantage of the best that New Hampshire has to offer. I first gave them a piture of the best areas to consder of the 13 miles of coast line. Then found a new condo to be finished and negotiated teh model unit to become their unit--furniture and all-and for the developer to pay the buyers rent back for months. They now own the best unit in teh complex and can enjoy a nice rental income when they choose not to be there while flying back and forth to Denver and England.

Turning a half a million dollar man into a million dollar man
I had worked with one buyer for Four years when I found a property of his dreams--but it was higher than he thought he wanted to spend.  I negotiated a price for a house that was first listed at $3.5 million and with time was listed at $1.7 million and he snatched it at $1.3 million.  To sweeten the pot, I told him the opportunities were huge for the investment to pay him back. I arranged for a top lake rental company to meet with him who showed that this dream property could snatch another $8500 a week in summer rental.

Greener Acres of sorts
A family were transferring to the seacoast. They needed a place near shopping, schools that could handle a child with special needs, and of course be close to his new job.  They knew nothing about New Hampshire. The first thing I did was to send a packet of brochures of businesses and amenities of the area. Then when they purchased their home, I found them a decorator, and contractor to transform their home into the home of their dreams.

Free Gas for the Masses
Michael was a buyer from California who I hadn’t met yet. He wanted to purchase a waterfront in Newington with a pier. He fell in love with it online. His parents fell in love with it in person. Later, I went back to the house to find an obvious gas smell in the air. talked with the neighbor and found that it was next to the gigantic fuel storage tanks for the east coast along with a major power plant nearby. I called Michael back and told him the good news was that  there were no mosquitos in the area, the bad news was that you could ignite a gas grill with what was in the air when the wind was blowing east. Got him out of a potential health risk and stigmatized house.

Selling a waterfront from a different lake in a different state.
I had a buyer I never met call me from my web site www.WaterfrontAgent.net for a house I never saw in NH. The only problem was that I was in Michigan--on Lake Michigan--or was it?  I went to a Prudential office in Grand Rapids, arranged for showings, did a market analysis, and then wrote up an offer. Then I arranged for inspectors and discussed all of their options. I met them after a 15 hour drive to the home they wanted. Amazingly they had talked to three other local agents including the one who sold their own home, but they apparently didn’t want to do the 45 minute drive.

Making a perfect match for firefighters
Mike and Manda were proof that two firefighters could make a perfect match.  Of course their schedules don’t match up in any way.  I sat at the fire house during 4 emergencies and was able to get both to sign their papers as they were available, completing the task just in time for 2 simultaneous emergencies which took them both away in opposite directions. I promise I didn’t have any of the donuts left behind.

There are so many stories, for which I will continue to add.

These stories are just a few examples of the Life and Times of a buyer’s agent in the real estate business. I would be happy to discuss your options over some coffee and donuts.

Buyer agency is one of the most misunderstood agreements it seems. In general without a buyer’s agent agreement, technically we all work for only the sellers. The State Brokerage Relationship Disclosure forms states:

* You Are A Customer
Unless or until you enter into a written agreement for agency representation, you are considered a Customer and the real estate broker or salesperson will not act as your agent. As a Customer, you should not expect the real estate broker or salesperson to promote your best interest, or to keep your bargaining information confidential.

You become a client with a written agreement
In accordance with RSA 331-A:25- a the duties of an agent to a client are:
Loyalty, Lawful, Obedience, Disclosure, Confidentiality, Reasonable Care, Diligence, Accounting
Client-level services also include advice, counsel and assistance in negotiations

*A buyer agency agreement is between the buyer and the real estate company. It is a contract. In most cases the commission is paid by the seller, and an acceptable commission split is negotiated by the listing and buyer's agent. That is how we do business.