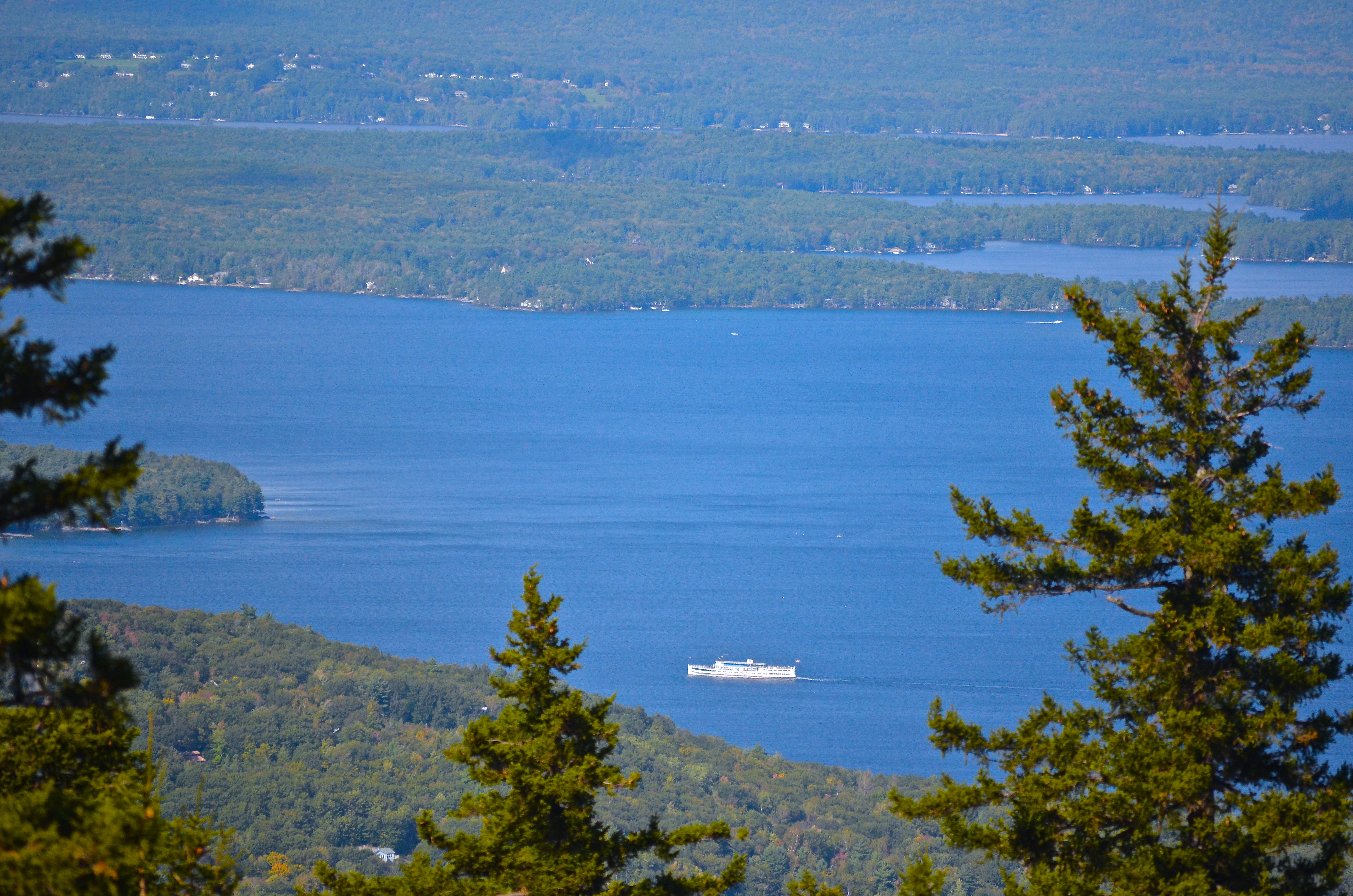 Lake Winnipesaukee is the largest lake in New Hampshire at over 44,000 acres and 200 feet deep surrounded by mountain vistas and the best that Mother Nature can provide. It encompasses the towns of Alton, Gilford, Laconia, Meredith, Center Harbor, Moultonborough, Tuftonboro and Wolfeboro. Each town has its own amenities and personality, all connected by the natural splendor of "The Big Lake".
You will find some of the most valuable waterfront homes in the State on the 180 miles of shoreline, though by comparison to properties in surrounding states,
the value is clear. The lake is a boating, fishing, scuba diving and water enthusiasts paradise. From late May to October, the MS Mount Washington, dating back to 1872 and today carries over 60,000 passengers a season with daily       excursions and dinner cruises.
In the winter you will find some of the most unique "Bob Houses" dotting the icescape. Snowmobile trails criss cross the lake all the way to the Canadian border. You are in the heart of the best skiing in all of New England. Alton Bay has the  the country's only FAA designated iceport on the frozen ice on Alton Bay.
Winnipesaukee and the surrounding lakes make up what is known as the Lakes Region. The area was the inspiration and backdrop for the movie "On Golden Pond" screenplay written by New Hampshire native Ernest Thompson staring Henry and Jane  Fonda and Katharine Hepburn. Other movies included "What about Bob"with Bill Murray,  'Click" with Adam Sandler and referenced to it in Three Stooges 1940 short "No Census, No Feeling"

Lake Winnipesaukee History.
It is an unusual glacial Lake that reversed flow from going toward the ocean to the direction of the Merrimack River.  Early explorers came to Laconia in the 1600's hoping the rivers would lead to Lake Champlain and the Great Lakes. Native Americans name Winnipesaukee means either "Smile of the Great Spirit" or "Beautiful Water in a High Place." At the outlet of the Winnipesaukee River, the Winnipesaukee Indians, a subtribe of the Pennacook, lived and fished at a village called Acquadocton. Today, the site is called The Weirs,

o Center Harbor witnessed the first intercollegiate sporting event in the US when Harvard defeated Yale in the first Harvard-Yale Regatta on August 3, 1852.
o The M/V Sophie C, is the oldest, and one of only two currently operating floating United States Postal Service floating post offices since 1892.
o Alton Bay has the country's only FAA designated iceport on the frozen ice on Alton Bay.
o "Ice Out" contest is an annual event where people guess the date that the Mount Washington can reach all of its ports, There are records since 1851
o French President Sarkozy spent his first US vacation in Wolfeboro.
o Wolfeboro is Americas Oldest Summer Resort.