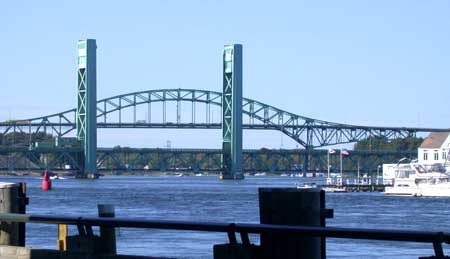 TheÂ Piscataqua River, in the northeasternÂ United States, is a 12 mile (19 km) longtidal estuaryÂ formed by the confluence of theÂ Salmon FallsÂ andÂ CochechoÂ rivers. The drainage basin of the river is approximately 1,495 square miles. The river runs southeastward, determining part of the boundary between the states ofÂ New HampshireÂ andÂ Maine, and empties into theÂ Atlantic OceanÂ east ofÂ Portsmouth, New Hampshire. The last six miles before the sea form one of the finestÂ harborsÂ in the northeastern United States, despite a tidal current rated as one of the fastest in North America (at Nobles Island across from downtown Portsmouth).[1]

Named by the area's originalÂ AbenakiÂ inhabitants, "Piscataqua" combines "peske" (branch) with "tegwe" (a river with a strong current, possibly tidal). "Peske-tegwe", then, describes a place where a river separates into two or three parts, or literally, "a place where boats orÂ canoesÂ ascending the river together from its mouth were compelled to separate according to their several destinations" -- for example, at Dover Point.

The first knownÂ EuropeanÂ to explore the river wasÂ Martin PringÂ inÂ 1603. CaptainJohn SmithÂ placed a spelling similar to "Piscataqua" for the region on his map of1614. The river was site of the firstÂ sawmillÂ in the colonies inÂ 1623, the same year the contemporary spelling "Piscataqua" was first recorded. 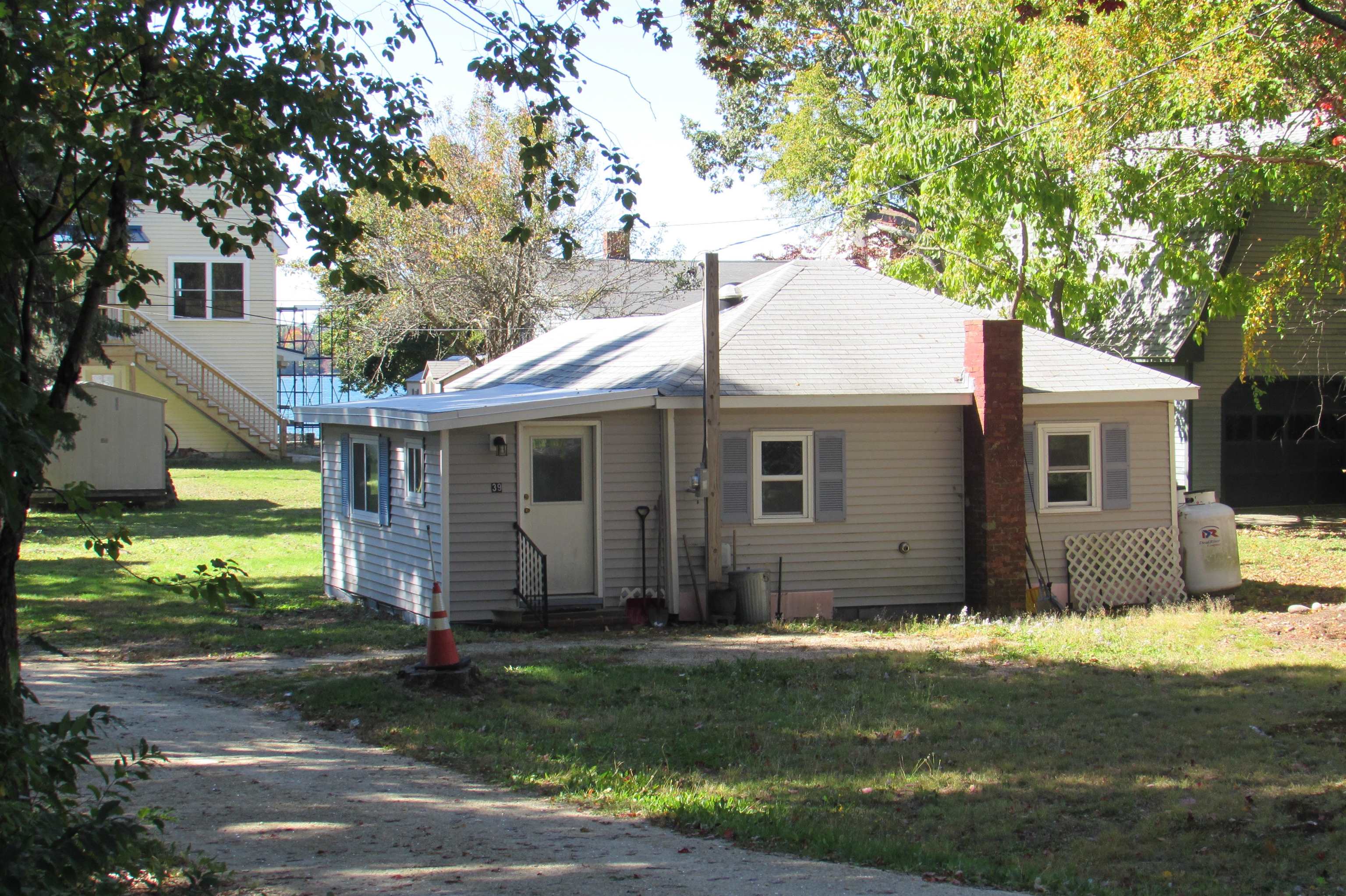 Mini houses are all the rage these days. Here's a circa 1930 602 sq. ft. 1-story, 1-bedroom year-round dwelling on a 0.18 acre lot for your consideration. This home also has a kitchen/dining room, a finished porch/living room, and a 3/4 bathroom with an over-sized shower. Many improvements were made in 2013-2014 including new siding, new windows, new sheetrock (not painted), new insulation, new roof shingles. new wiring, & new plumbing. Other amenities include a refraction roof light in the kitchen, a solar-powered attic roof exhaust fan, and a walking right-of-way to Boston Harbor on the Piscataqua River which may allow a boat mooring. Buy this as a getaway, as a free-standing rental unit, or as a year-round home if your space needs are not great. It may also be expandable depending upon zoning ordinance requirements. Walk to Newick's Lobster House (0.6 mile) & Hilton Park (0.8 mile) down the road. This location is also very convenient to the Fox Run & Newington malls as well as UNH (6 miles), the downtowns of Dover & Portsmouth, and I-95 via the Spaulding Turnpike/Rte 16 (7 miles). Asking price is less than new assessment of $235,300. Check it out.

Listed by Don LaFlamme of The Stanley Agency

Copyright 2022 New England Real Estate Network, Inc. All rights reserved. This display of listings may or may not be the entire Compilation from the NEREN database, and NEREN does not guarantee the accuracy of such information. The information being provided is for consumers' personal, non-commercial use and may not be used for any purpose other than to identify prospective properties consumers may be interested in purchasing. Data last updated December 1, 2022 9:54 PM EST.